Yes, Professional web developer uses Bootstrap. They also use the tools and frameworks that make the most sense for the project they are working on.

Front-end developers usually think that bootstrap is the best way to code a website. Bootstrap is usually just a means to an end when you look at the whole project, including time, resources, developer skill levels, etc…

From what I’ve seen, most web developers try to keep their projects as simple as possible by importing code from other sites when they can. In some cases, this might mean they will use a smaller CSS library, like tailwind or blaze, that comes with the framework.

When considering whether web developers use Bootstrap or not, you should think about where the question came from. The word of the question makes it sound like Bootstrap is either not good enough for a web developer to do their job or is a cookie-cutter way to build a website.

Bootstrap can quickly make a simple user interface that works (but may look like many other websites) if the developer uses the default settings with Bootstrap.

Suppose you think of Bootstrap as a design system instead of a CSS library (especially since Bootstrap is both Javascript and CSS). In that case, you can start to customize it the same way you would any other system: by configuring it.

You can add your CSS at the end to override anything from Bootstrap if you can’t find a preset option that you can change to fit your needs.

Websites made with Bootstrap 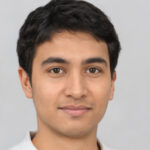 It’s easy to get Bootstrap and React mixed up. This is mostly because they both improve a website’s user interface and client-side experience. While React is known for improving the user experience by making web pages load faster, Bootstrap makes websites that work well on mobile devices, with good CSS design, HTML layouts, and JavaScript…

Bootstrap is not the same thing as Boot. Boot is the process of turning on a computer, and Bootstrap is a front-end framework for making websites and web apps. Booting up a computer is loading the operating system and other programs into memory and making them ready to use. Some people also call this process…

Now days people uses cell phones, laptops, tablets, and personal computers. We should keep growing our business if we want everyone to know about our website. Everyone should be able to read and see the content of your website. So now, we won’t make different designs for different devices because tomorrow, there might be a…

Bootstrap is a popular front-end framework for making websites and apps that work well on mobile devices. It is built on top of HTML, CSS, and JavaScript and comes with pre-made tools and components that make it easier to quickly create and style a website. Some examples of websites and applications built using Bootstrap include:…

Bootstrap and JavaScript are both tools, but they are used for different things. It needs to be more accurate to say that one is better than the other. Bootstrap is a front-end web development framework that makes web page layouts and designs. It is built on HTML, CSS, and JavaScript and comes with a set…

The goal of every front-end developer is to make a front-end design for websites, and web/mobile apps that work well, are easy to use and look good. It might seem simple, but it takes time and patience to build a front end like this. For example, you have to write repetitive and time-consuming coding processes….